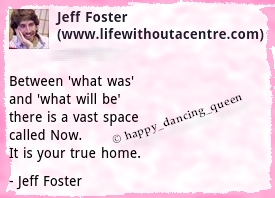 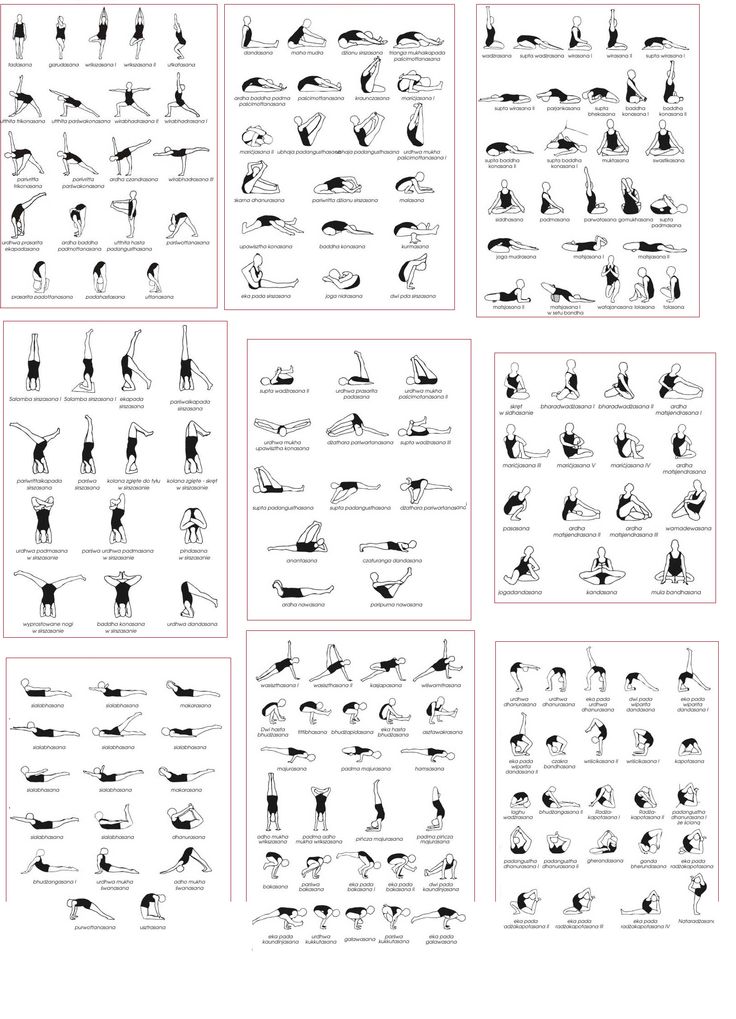 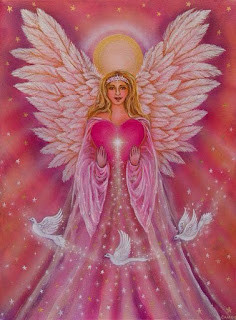 ♥
Pure love has no conditions or boundaries.
Love does not restrain itself or hold back.
Love gives and it doesn't ask for anything in return.
Love is a continuous flow without any limits.
And all of this is inside you.

♥
Next time when you count beautiful things
don't forget to count yourself.

♥
“You do not become good by trying to be good,
but by finding the goodness that is already within you.” 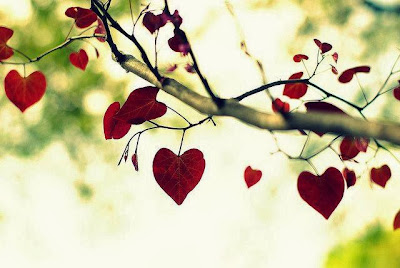 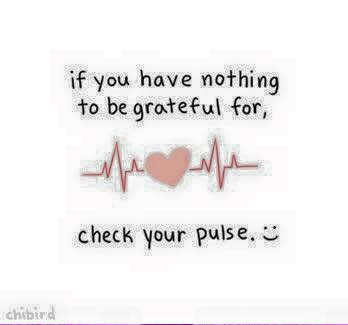 "Communication is love, and love as communication always joins or meets people where they are. Actually, we are never separate. I am speaking of simple awareness opening up and of realizing (not just believing) what is true.


When another person is speaking, listen carefully for the place where you can meet them. This is a joining beyond bodies. Find within yourself, past or present, how your experience matches his or hers. Until you are able to do that, the true connection with that person is missing. It’s like being on different planets.

If my husband says, “Life is terrible,” I hear him. I meet him there through my own understanding and I understand. I believed that story for forty years, and so I can go there painlessly with him now. (If I still believe that life is terrible, I feel it, I inquire and turn it around. Now I know how.) That allows me to just sit quietly with my husband and listen. I am presence beyond distraction, married and joined beyond what a license can give. I love him.

If I cannot sit with him (or anyone else) where he is and be peaceful, then my Work is not done. What will he say that will move me to defend or disagree rather than to join and understand? What diamond will he throw at my feet?" 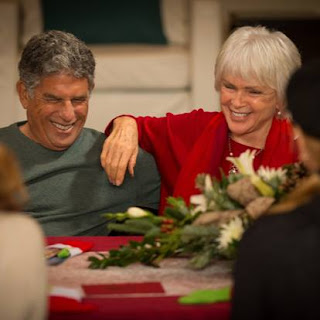 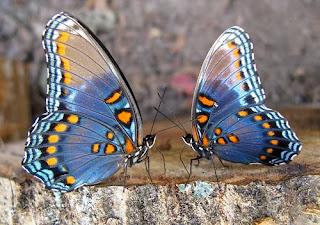 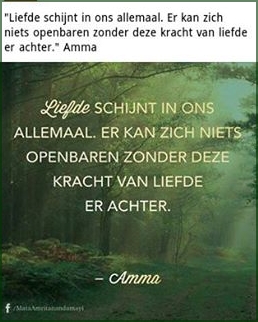 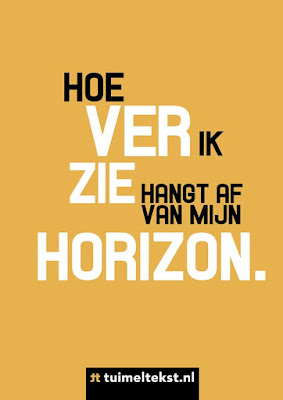 ♥There is no difficulty that cannot be solved,
provided you believe you have more power than your troubles,
and you use that power to shatter you impediments. ♥ 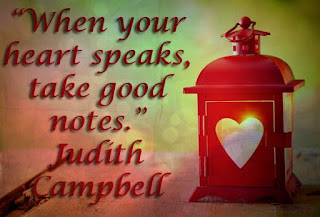 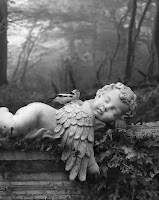 Celtic Blessing for you ♥ 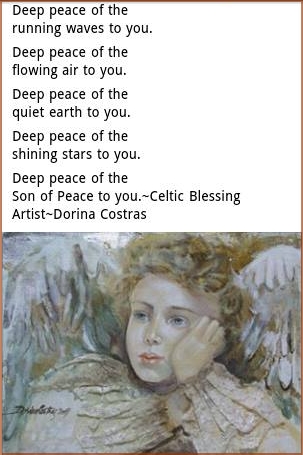 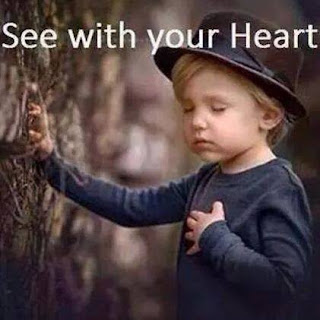 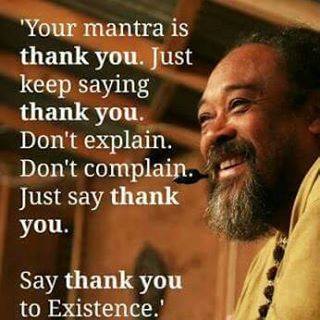 Love is energy.The greatest energy there is!Only You can create your own love in your life. By loving yourself wholeheartedly, and by that being able to also love the people around you wholehearteldly.

Love is the key to the higher levels. Your personal key to feel awesome is to first love yourself as whole, by loving the duality within yourself as an unique human being equally (grow in self-esteem). The more yourself you love, the more alive you feel. To feel alive is to feel freedom. Freedom is awesome! 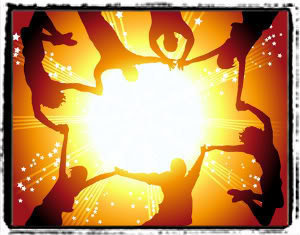 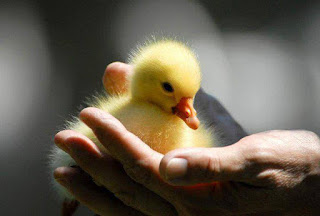 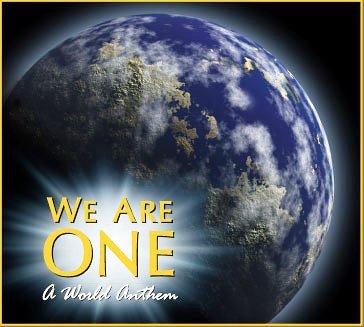 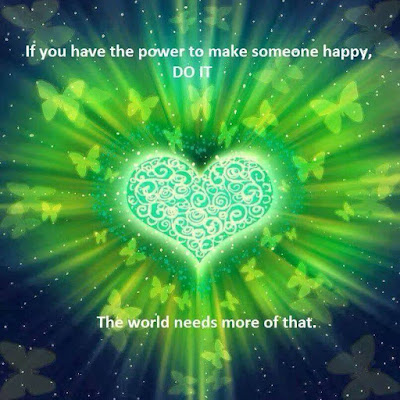 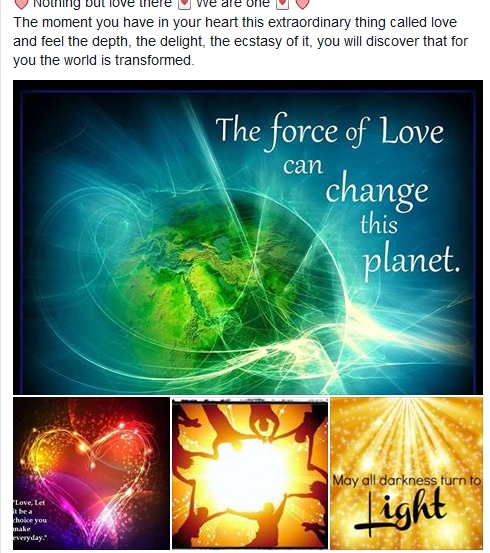 "Love is the strongest force the world possesses
and yet it is the humblest imaginable.”
~ Mahatma Gandhi
♥ 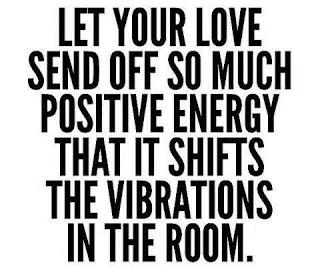 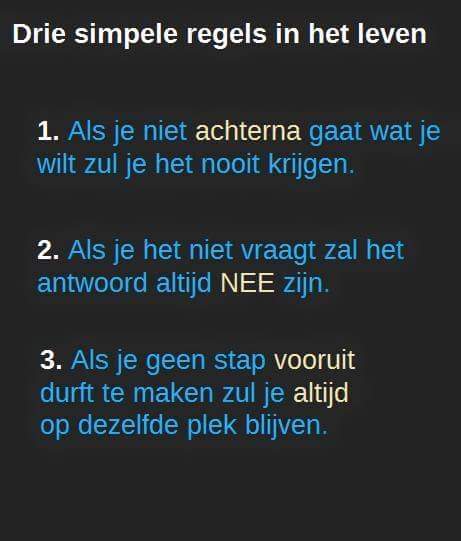 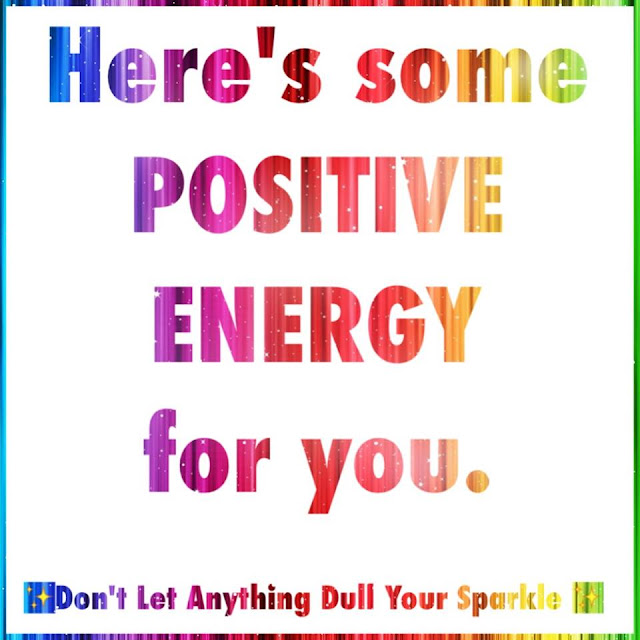 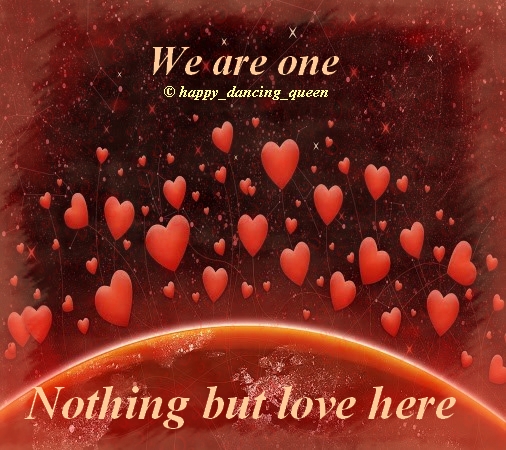 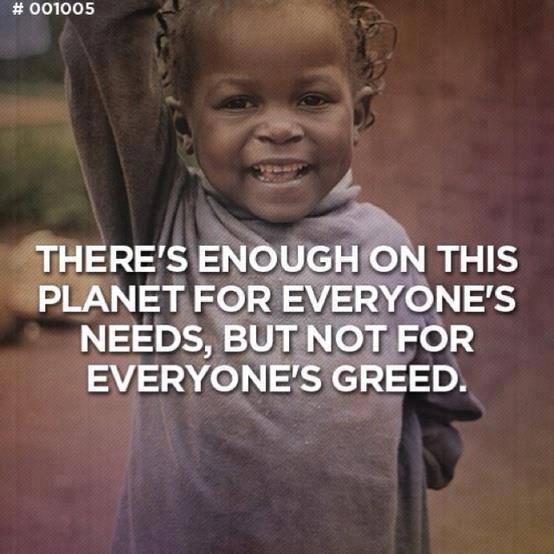 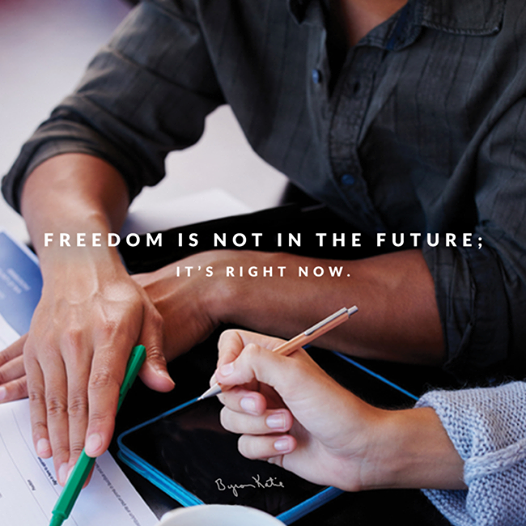 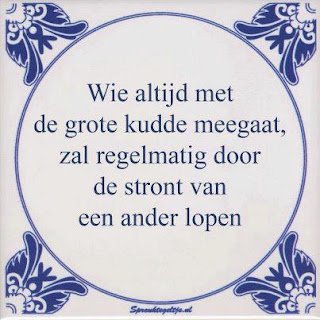 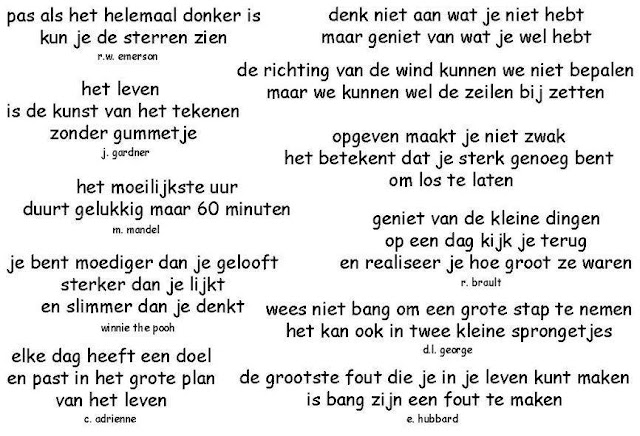 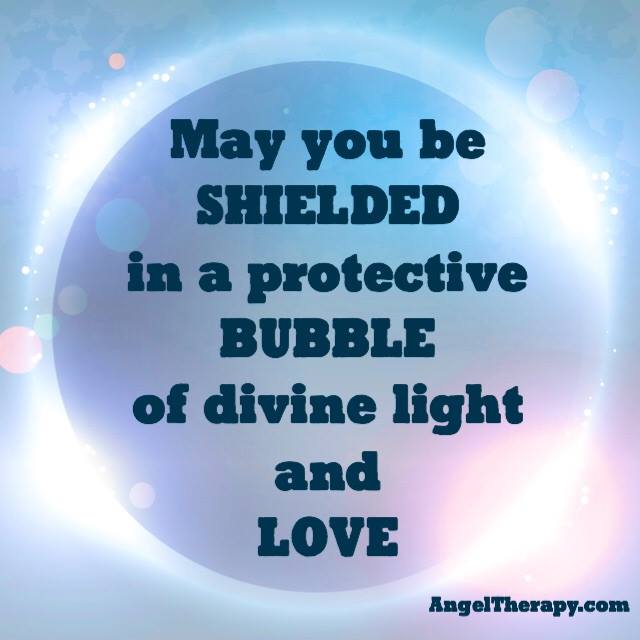 We're fools whether we dance or not, so we might as well dance.

On with the dance! let joy be unconfined;
No sleep till morn, when Youth and Pleasure meet
To chase the glowing hours with flying feet.
~George Gordon, Lord Byron, Childe Harold's Pilgrimage

Nobody cares if you can't dance well. Just get up and dance. ~Dave Barry

The truest expression of a people is in its dance and in its music. Bodies never lie. ~Agnes de Mille

Dancing is wonderful training for girls, it's the first way you learn to guess what a man is going to do before he does it. ~Christopher Morley, Kitty Foyle

Dancing is the perpendicular expression of a horizontal desire.

Dance is the only art of which we ourselves are the stuff of which it is made. ~Ted Shawn, Time, 25 July 1955

There are short-cuts to happiness, and dancing is one of them. ~Vicki Baum

To dance is to be out of yourself. Larger, more beautiful, more powerful. ~Agnes De Mille

It takes an athlete to dance, but an artist to be a dancer. ~Shanna LaFleur

Dancing can reveal all the mystery that music conceals. ~Charles Baudelaire

Stifling an urge to dance is bad for your health - it rusts your spirit and your hips. ~Adabella Radici

Dancing is the poetry of the foot. ~John Dryden

Dancing is the loftiest, the most moving, the most beautiful of the arts, because it is not mere translation or abstraction from life; it is life itself. ~Havelock Ellis

Dance is the hidden language of the soul. ~Martha Graham


Through dancing many maidens have been unmaidened, whereby I may say it is the storehouse and nursery of bastardy. ~John Northbrooke


Movement never lies. It is a barometer telling the state of the soul's weather to all who can read it. ~Martha Graham


Dance is a song of the body. Either of joy or pain. ~Martha Graham


The dance is a poem of which each movement is a word. ~Mata Hari


We ought to dance with rapture that we might be alive... and part of the living, incarnate cosmos. ~D.H. Lawrence


Next time you're mad, try dancing out your anger. ~Sweetpea Tyler


And those who were seen dancing were thought to be insane by those who could not hear the music. ~Friedrich Wilhelm Nietzsche


I do not know what the spirit of a philosopher could more wish to be than a good dancer. For the dance is his ideal. ~Friedrich Wilhelm Nietzsche


Light quirks of music, broken and uneven,
Make the soul dance upon a jig to Heav'n.
~Alexander Pope, Moral Essays


Do you think dyslexic people have difficulty dancing to "Y.M.C.A."? ~Dave Sokolowski


Music begins to atrophy when it departs too far from the dance. ~Ezra Pound


Talk about dance? Dance is not something to talk about. Dance is to dance. ~Peter Saint James


Dance, even if you have nowhere to do it but your living room. ~Kurt Vonnegut


Poetry is to prose as dancing is to walking. ~John Wain


To watch us dance is to hear our hearts speak. ~Hopi Indian Saying


They who love dancing too much seem to have more brains in their feet than in their head. ~Terence


Dance is a delicate balance between perfection and beauty.


Socrates learned to dance when he was seventy because he felt that an essential part of himself had been neglected.


Anyone who says sunshine brings happiness has never danced in the rain.

Dance to express, not to impress

Musicality is when the dancers' movements appear to create the music -and not the other way around.~ Kristy Nilsson

Dance is the poetic baring of the soul through motion. ~ Scott Nilsson

"The only reason for mastering technique is to make sure the body does not prevent the soul from expressing itself." - La Meri

"Everything in the universe has rhythm. Everything dances." - Maya Angelou

"Every day I count wasted in which there has been no dancing." - Friederich Nietzsche

Thousands of emotions well up inside me through out the day. They are released when I dance. *Abraham Lincony*

There are three steps you have to complete to become a professional dancer: learn to dance, learn to perform, and learn how to cope with injuries. *D. Gere*

Dancers today can do anything; the technique is phenomenal. The passion and the meaning to their movement can be another thing. *Martha Graham*

To touch to move to inspire- this is the true gift of dance. *Aubrey Lynch*

Dance, one of the oldest forms of artistic expression, requires only the human body for its realization. *Igor Youskevitch*

Dance is your pulse, your heartbeat, your breathing. It's the rhythym of your life. Its the expression in time and movement, in happiness, joy, sadness and envy. *Jaques D'Amboise*

There is such a difference when you're dancing to music you really love,
when there is this meeting of music and dancer that fuses into one.
Those are the experiences we live for.
~ Aisha Ali

Nothing happens in the body
without happening in the brain first...
dancing is 95% mental.
~ Bobby Boling, A Dancer's Manual